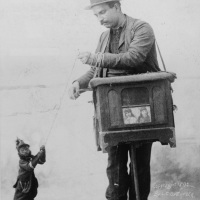 I’ve been at my studio for just over eight weeks and now that I’m really settled into this life, it’s this little place which has been the making of me. The Studio has given me time, space and solitude in which to write and be myself.

If this place were a website, it would need some work on SEO because so far there have been six unique visitors. That suits me perfectly, to have 95% of my time to myself.

The last couple of days have been spent with my Pink Hearts little sister staying over, so I’ve been taking a bit of a break but haven’t really stopped writing throughout. Now that I have the place back, I’ve returned full time to doing what I love and which I finally realise I’m recognised for: being a writer. The Courts (my adopted kid sister) said in one of our lengthy conversations that when she speaks about me, she refers to me as a writer. Other friends have said the same and I know that my parents make positive reference to my chosen profession.

Some encouraging words were beamed from the mother ship a couple of nights ago, when she asked how the book was going: Which one? The writing is going very well and flowing like rarely before, now that I have a proper place to write. I’ve moved Infana Kolonia aside for a few weeks while I concentrate on finishing The Perpetuity of Memory, my collection of short stories. I always set out to include 42 short stories in the anthology and I’m writing the last two now. Both are close to being complete as first drafts and the final one will never have been published in any form, anywhere besides the book. Mum commented that a collection of short stories by a relatively unknown author is more likely to sell than a novel. A collection of stories doesn’t demand so much from a reader. It confirmed what I knew but the shorts have taken so long as they were written around a debut novel and the beginnings of another.

As I spoke to my mum and as I have other conversations with people who’ve asked what I do, I realised that I know this game now. I have a good understanding of how the whole industry works, or at least as much as I need to know. Nevertheless, it’s reassuring to know about the place you work in, outside of your own work.

The final story in the collection is called The Diaries of Victor Frank. Anyone who’s been following me for long enough may recognise the significance of the title. The story will only be available to those who buy the book. I’ve planned it for three years and it’s a nice story to wrap things up with. The Perpetuity of Memory still has a publication date of August. Between now and then, I shall largely be concentrating on the practical side of the job: that of publishing. Once I have the final two stories polished up, I need to read and re-read all 42 tales, making changes if necessary; then I need to curate them into a sequence, pull all of the separate files into one book and paginate it for print. I need to design a cover, have an ISBN assigned and order book proofs. I am very much looking forward to holding the first copy of a labour of many loves.

August is shaping up to be a busy month because it’s also when I’m hosting my children for the first time in three years. It took a lot of work to be in a position where this was possible. Now come the rewards and a reminder that it must never happen again. I’m too busy to have another breakdown.

I saw the kids and my ex-wife as recently as last weekend. It’s perhaps testament to my determination to continue my sobriety that I don’t turn to drink as a coping mechanism when the meetings grow harder over time. That may sound odd but drying out has taught me what a wonderful girl I abused and let down when we were married. I live with the guilt and to drink the guilt away would be to avoid a necessary penance.

My ex-wife protected our children from the drunken monster I became, whilst maintaining an unbelievable amount of diplomacy and not allowing them to be alienated by me. While I was driving things along in terrifying ways, she must have felt like a bound and gagged passenger. If anyone actually does pay attention, it could be noted that this might have been on my mind when I wrote my latest short story and the penultimate one in the anthology, A Waltz into Childhood (working title): it’s a claustrophobic story and one which will cause a few shudders if anyone actually reads it. It poses the question, would you trade your memories to save your life? That’s a pretty deep question when one considers that there might be those who wouldn’t entertain such a trade.

I have noticed that some aspects of my writing have become deeper since I’ve been here. As a professional, this is a good thing but the writer’s mind is as hard to escape as the life itself. I wouldn’t want to. One loyal reader has commented on how my stories are often an insight into my mind: a very confused and confusing place but one which they do not seek to escape. Neither do I; I can’t. A writing peer commented, “…My greatest fear is that of the unknown. Steve writes in such a way as to suggest many things without actually spelling them out: show, don’t tell. He leaves much to the imagination but his power of suggestion scares the shit out of me….” So that was nice.

The pen-penultimate story in the collection will be Schrödinger’s Ark, which I’ve recently completed and which was what prompted the comment above. The part of the pre-publication work I’m looking forward to the most is putting the stories into a particular order. In doing so, I can tell another, completely unwritten story. To find out how, buy the book when it’s released. It’s all on my website, where this blog will relocate to eventually: www.stevelaker.net

The Courts asked which title in the Savage Cinema collection was the most disturbing: that would be Mordum by August Underground, a title I will not watch again and which I will not allow to leave here. It cost far too much and I wouldn’t want to be associated with it. It belongs in the collection and that stays here, with me.

With no appropriate link from a depraved and perverted film to the adoptive Pink Hearts daughters, I move on. Despite having the patience of an atheist, one of the girls has burned her bridges once too often. I shan’t go into detail but she reads this blog, so she ought to know that it hurt me. Just as I once reached a point where I could not be helped, so too has she. I’ve had to give up on her, just as my parents had to abandon me. It really wasn’t easy. Those girls are good friends. Now there’s one fewer.

The other two are still there. We’re close but one of them has an uncanny knack of just getting me. I can ask that girl how I feel when I’m not sure and she’ll tell me. It’s weird. We’ve spoken about it and it works both ways. If someone were to ask her how I am, she’d be able to tell them, even if me and her haven’t spoken for a while. It’s vindication of my respect for people like her. People I understand while others don’t. Unfortunately, the plastic police still frown upon our closeness, seeing it as inappropriate, even though our relationship has been conducted in public. She’s a stunningly attractive 16-year-old girl, whom I’ve known since she was 14. The only thing wrong is other people’s perceptions. I was there for those young people when they needed advice and them needing me was one of the things which kept me alive through my struggle with booze. I’ve been accused of being as nieve as those girls but I fought through my battle and they’re only just starting. When I give one of them money, “Just to keep you going”, it may well get frittered on purposes other than the intended but that’s only what I’d have done at that age. That particular daughter-type-thing has gone off the rails and taken the piss a bit. With the other one, it had become wearisome. They’ll be back, if they choose; perhaps wiser. Nowadays I’m too busy to be unconditionally forgiving though.

Above all, it’s been the constant of writing that’s made me better. Once I’m through the hoops and hurdles of my current engagement with DWP, I am fully personally committed to studying for my degree in creative writing, so that one day I may teach. Even though it was a system I fought for years, I realise having been through it, how it works, mostly fairly. It’s the system which has helped get me to where I am and I really want to give something back to this great country of ours. Even though I’m immortalised at The British Library, I doubt that I’ll be remembered by many as a writer. My readership is small and I wonder how many even of my friends actually read my work.

If I can’t be remembered as a writer then, I think I’ll be pretty memorable as a teacher. Until then, I have some underground writing to do.