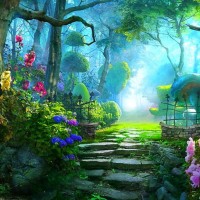 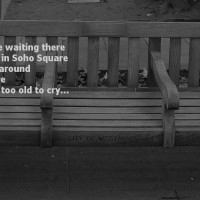 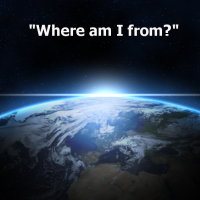 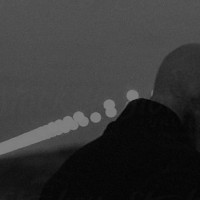 Today is five weeks since my PIP assessment and I’ve still been told nothing. DWP acknowledged that they have all they need to assess my claim, so part of me thinks no news is good news. Based on previous experience though, most of me suspects they’ll conclude that I’m not entitled. If so, it’s taken five weeks to play a pretty sick trick on someone they know is vulnerable. But it’s all part of the Tory social cleansing machinery.

It’s anxiety and paranoia, and the reassessment process makes it worse. It heightens my conditions, like taking a Stabilo Boss to all the Post-It notes pinned to my head. Benefits claimants are fish in barrels at the best of times, but I’m simultaneously out of the water.

I saw the kids yesterday, so I now I have separation anxiety. I do miss them, every day, but the days after I’ve seen them are the hardest as they’re fresher in my mind. Everyone but me ended up in a better place after my breakdown, over five years ago now. It’s a testament to my ex-wife and the kids’ second dad that I now have two very engaging and curious young people to share the odd Sunday with.

I can think about plans but not make them. Visiting my parents and my kids costs money, which PIP has helped with over the last four years. With my mind confused and unknowing, I can’t write, or not coherently enough to hold all but the most surreal stories together.

I know I should broaden my horizons and maybe take up a new hobby, perhaps even one which might get me out more. The problem with being outside is, there are other people there. Maybe then a solitary pursuit, like fishing. But then there’d be some tosser (one who casts lines) who’s been doing it for years, telling me I’m doing it all wrong without actually helping (you know the kind of smug, elitist type, often train conductors or lorry drivers in their day jobs). So perhaps I’d get a boat, then float alone, fishing on a lake. It’s where my name came from after all. Then I realise I don’t have the money or the courage, so I stay as I am. Less a Laker (one who fishes from lakes) and more the ponder. 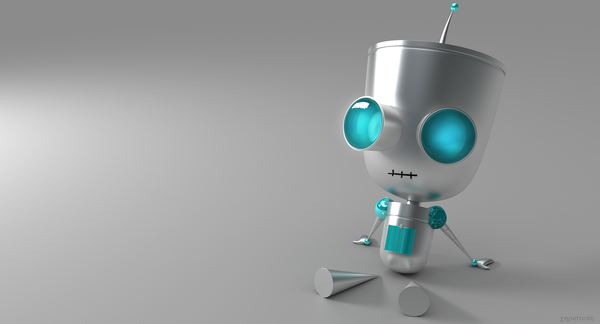 The only thing I have patience for is poker. I’ve been coaching and playing my sole regular visitor, my kid sis Courtney (‘The Courts’, or ‘WE33 WIDOW’ at the table), and she’s holding me to a 14-14 score line in our tournament of tournaments, albeit with some handicapping earlier on. She’s 21 today, she’s come a long way and gone through as much machinery as me, and we both kept the other alive at times. Sometimes we’ll have fish with our poker chips, and PIP helps with thanking a friend for their support with a take-away (and ensuring I eat something). Playing poker relies on having someone to play with. I can play online, but not having someone to talk to means my attention wanders and I could end up playing losing games and forgetting to eat, so I stick to live play.

The Courts and me started playing poker at the squat, and in some ways, this waiting game is like being back on the streets, when my only output was transcribing a few pages of handwritten notes I’d made as I led my transient life, never able to settle anywhere. Back then, I started writing as it was all I had (no TV, not even a radio, and I daren’t borrow too many library books for fear they’d be lost or stolen), so I wrote. Now I have more to do, but no patience to do it; everything around me, but no interest in it. I’ve become even more withdrawn, and withdrawal drills into deeper thoughts. Yet after all that, after all the talk about being depressed and in a rut; because of all that, I can see something.

I read something on the train yesterday, on my way to meet the kids. Essentially it said, be grateful of your own company if it’s all you have. Don’t waste time chasing other people, less so wondering when you might hear from them. Don’t put your life on hold for too many others, live the one you have left with whomever you can.

Right now, that’s just me and my adopted sister sometimes for a game of cards. Once a month, it’s precious time with the children their mum and step dad have brought up so well. Once this period of limbo ends, it’ll be more regular trips to spend time with my parents. Until then, I wait, like I have for five weeks. And during that month and a bit, I’ve written a lot which doesn’t make sense in pieces, but I can see how it will come together.

I’ve not lost the ability to write, just the means to edit my thoughts and make them coherent. While I reconstruct myself, I can at least see ahead and know that I have a lot of stories to tell, once I can stitch them together as analogies for the horrors of going through the social cleansing machinery, and how it can be used to find things in the mind you’d normally be too busy to be troubled by.

In future fiction, within the next 2-3 years, a number of technologies could combine and reduce in cost to become something really cool:

Take an AI home assistant (Siri, Alexa…), put it in a humanoid or other robot physical form, and you’ve got home help for lifting and assisting with physical tasks.

Introduce an app to design your own personification of a home help robot, send it to a 3D printer (which will also print the circuitry), and each AI becomes even more individual and a part of the designer.